Dear Blush: Why Isn’t My Ex-Boyfriend There For Me Anymore? 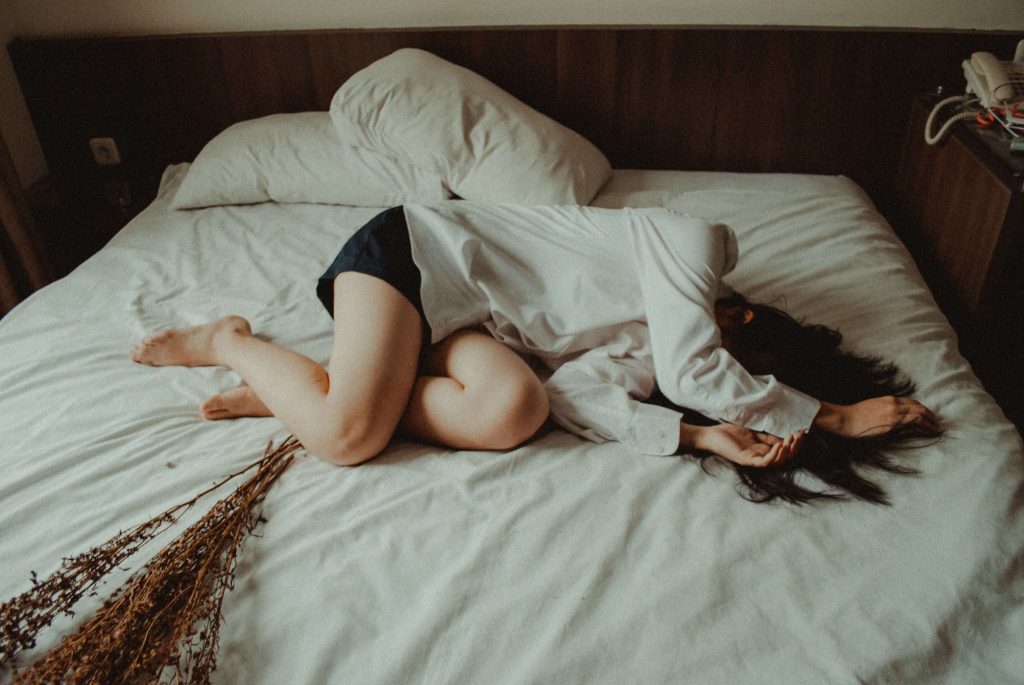 My ex of 4 months & I split about two months ago (He’s 20 & I’m two months away from 20). We agreed not to talk, since we were both pretty hurt by the breakup, and he told me that he’s “trying to get some distance” about two weeks ago. But he would text me randomly acting as if we were best pals.

Here’s the kicker: We agreed that we would still be there for each other and he assured me multiple times that he’s still my friend, and would still be there for me if needed. He isn’t the type of person to go back on his word, so I trusted him (we’d been best friends after all, and I knew his feelings pre/post breakup were genuine). Anyways, I found out over the weekend that my grandmother (who he’s met) has breast cancer. I called him to talk about it (since he’d been messaging me about the most unimportant things that week anyway), and instead of calling me back or simply sending a text, he called my roommate and had her check on me! He apparently “wasn’t comfortable calling me.” I don’t understand what he’s doing. He won’t look at me now and I’m furious that he hasn’t tried to apologize or show any signs of genuine care, despite his promises. Why tell someone you’re “trying to get distance”, then text them over the most unimportant things? Why in the world couldn’t he call me? Why can’t he just leave me alone? I don’t understand. I’m trying to move on but he keeps me from doing that. Please, any advice would be greatly appreciated.

First, let me just say I’m so sorry about your grandmother. Sending you so much love during this hard time!

Second, there is a reasonably simple explanation for 1) what your ex-boyfriend is up to and 2) how you can move on from here.

Your ex-boyfriend, while ideally a genuine person as you stated, is not emotionally available to you anymore. That was made clear when a breakup was initiated, it was made clear when he claimed he wanted distance, and it was made clear a third time when he refused to engage with you when you really needed support. The ONLY thing that isn’t very clear is why he continues to make contact about trivial things instead of completely leaving you alone. I have a few ideas as to why he’s doing that.
For starters, he could simply be in a routine that’s difficult to break.

One of the toughest parts about breaking up is letting go of old habits. Considering you two were best friends, it’s probably safe to assume that you two texted each other routinely about the ongoings of your day. You probably formed a comfortable back and forth that would feel very abrupt if it stopped. But instead of filling in that silence with other individual activities, he decided to wean himself off by intermittently texting you about innocuous things. While it may seem innocent or harmless, this decision is purely selfish if he is aware of your feelings. He gets to move on from you at his own pace, while you’re stuck in limbo until he’s fully healed.
Another possibility is that he’s convincing himself that he’s doing the right thing for you by letting you down slowly.

He’s not comfortable being the jerk that breaks up with his girlfriend and cuts her out completely, so he’s dragging you along pretending it’s for your benefit. In this scenario, picking up the phone is off the table because it’s too personal. Texting, on the other hand, inherently creates distance. It’s by far one of the least personal forms of communication we use today, so it fits in perfectly with this “ex” limbo thing we have going on. Of course, in his defense, this dance isn’t getting the result he wanted. You don’t feel safe, reassured, or comfortable. His limited communication is only sending mixed signals and creating more hurt than intended.
Lastly, while he might truly want this breakup to stand, he also could genuinely want to keep you as a friend.

You two even discussed this. This could easily be an introduction into the new “friendship” he has created for you two. He’d like an arm’s length distance and enough control over which topics and times he’s available to you. That’s the reason why couples break up – they no longer want to be each other’s “person.” Getting too deep or emotional will cross over into boyfriend-girlfriend territory, and he doesn’t want that risk. In fact, he’s so terrified of jeopardizing this friend-zone that he won’t even talk to you on the phone. He would like the friendship to be on his terms. Getting too close blurs the lines between friends and lovers, which is probably a direct violation to the vision he had in mind for your post-breakup relationship. Meaning – you are going to be in for more disappointment if you stick around.

All three of these scenarios suck for you.

More than likely you are left being strung along by his friendly texts, and also inclined to believe that he still wants to be there for you. Considering this isn’t true, neither is beneficial for you and both are holding you back from moving on.
This is why it’s time to take control of your relationship with him.

The proposition he has presented you has fallen short of your expectations (I seriously doubt you want to call him for help only to receive a phone call back from somebody else), so it’s time to stop expecting support from him. While his words promised the kind of friendship you were used to, his actions imply otherwise.

If you still want to be his casual friend and continue texting, that is your decision. There’s nothing wrong with taking five steps back and establishing a care-free, easy-going, casual friendship. Hell, it could be exactly what you two were supposed to be from the start!

If you KNOW that not only is this NOT what you want, but that it’s also rubbing this lack of a friendship in your face, then it’s best to create some actual distance – sans-texting. I will note that when you are in the “moving on” phase of a breakup, not speaking can do wonders for momentum. It doesn’t have to be petty and childish, it can be mature and healthy. Once you are feeling back on your feet and have moved on from the relationship, a real (or casual) friendship can resume if you’d like for it to. But for right now, Halie, it seems like the best move for you is to mourn the relationship now so you have a chance at a friendship later.


I hope this brings you clarity! Good luck!