Setting Boundaries Does Not Mean You’re a Bitch 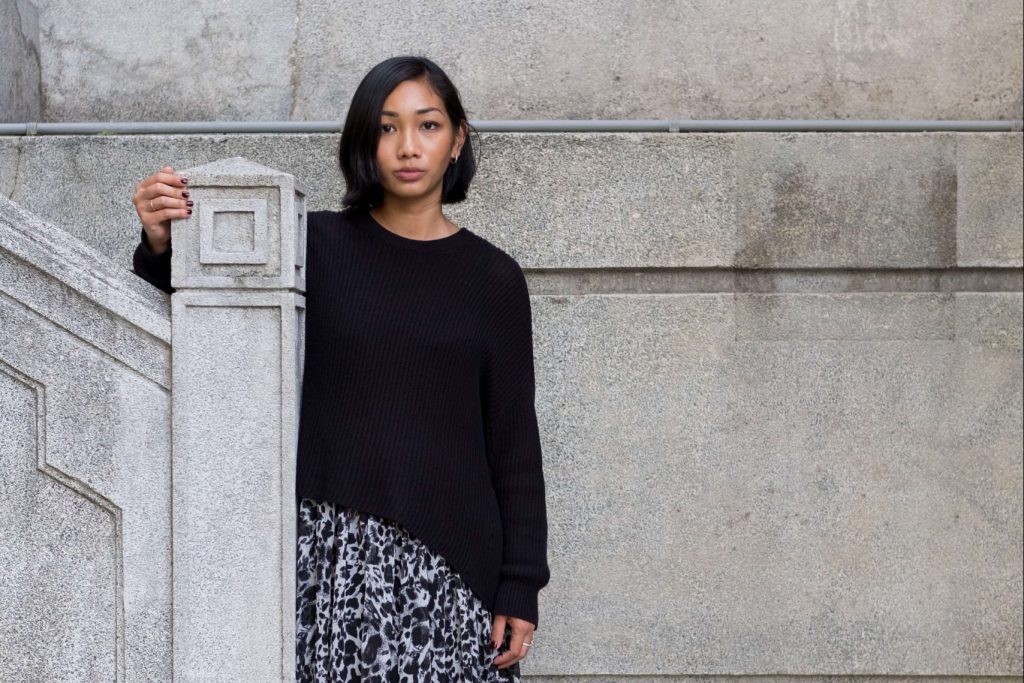 There has been a lot of talk recently on Blush about setting appropriate boundaries—specifically with guys (…and also with trolls. And guys who act like trolls). We stray away from drawing a line or being honest during interactions, because, well, we HATE hurting other people’s feelings. Even if he is a troll (kidding) (not) (maybe). It’s just not our style. Plus we don’t want to be that girl. The bitch girl. She’s awful…and we would never want to be her.

Except she’s not a bitch. She’s just respecting herself.

Instead of standing up for our values, our boundaries, and ourselves…we protect others’ feelings over own own. We give a polite laugh or a slight nod to indicate that disrespectful behavior is okay, even though it’s not. And we definitely come up with excuse after excuse to ignore the negative attention.

But not anymore. We as girls are going to fail guys and fail each other if we continue to stray away from setting boundaries in order to not feel like a mean human. So Blush is here to give you the permission to be yourself without that fear. Boundaries do NOT equal bitchy. Here are a few situations to exercise your firm nature without feeling guilt.

It’s Saturday night and you’re out on the town. Your girlfriends head to the restroom together, because, well that’s what we do, but you decide to grab a drink at the bar. Alone you wait for the incredibly distracted bartender to pour you a drink, when it happens.

Abort mission! Run for your lives! Tell him off! Do something! Anything!

But instead, we stay. We try to act amused to continue on the conversation, because it’s polite. We scan the room intensely for our friends to come save us immediately. We try to bring our conversation into another group’s conversation. And if none of that works, we tell them we have a boyfriend. Which maybe we do, maybe we don’t. But does it matter?

And in turn, we’re failing them. We’re not teaching them. We’re letting things slide, because we don’t want to be a bitch to a random stranger at a bar. But in reality, setting the boundary of “I’m just not interested” WITHOUT justification will not only help you gain the confidence to speak up for yourself, it will also help the people around you understand that poor behavior isn’t always rewarded. Win-win.

You meet a cute guy. On Tinder. On Hinge. On Coffee Meets Bagel. On Bumble. IRL. Whateva.

You guys start messaging or texting, and it’s going well. He even asked you out! Wonderful. But then he asks for some “pix” (pictures in English).

Maybe you acquiesce and send a super cute selfie you took earlier. After all it was like #42 out of the 56 you took on your camera roll, so might as well put it to good use. You send. He likes. All is well. But then he keeps pushing.

For some reason it has become the norm for guys to ask girls for inappropriate pictures during the courting phase of dating (even if it is just texting), and we feel so uncomfortable saying no. We’re not saying all of you give in—I’m sure many of you bow out immediately—but you think about it for just a second. You wonder if somethings wrong with you. Or, you give in because you think it’s now the norm and hate saying no to people.

And the worst part is they feel so inclined to send us some, too. Nah, I’m good bro.

The point is, the second you are uncomfortable, you are absolutely free to say so without judgment. If anything, you are simply giving this guy some much needed advice on how to land the girl of his dreams—because he sure ain’t going to get it that way.

Blush wants you to feel strong enough to say a resounding NO, and never look back. So, please, the SECOND you feel pushed, uncomfortable, or violated—leave. Go. Now. And then tell us all about it tomorrow. We’ll be there to cheer you on every step of the way—especially when you meet someone who RESPECTS your boundaries.

3. Offensive Jokes or Comments. Or Both. Together.

Have you ever been in a position where someone says something HIGHLY offensive, but you catch that it was intended to be funny….so you laugh? Yes. You have. We all have. Because it’s a social faux pas if we don’t laugh at some quick wit that was obviously meant to be a joke. Even if it’s offensive, right? It’s just plain RUDE if we don’t!!!!!

When we laugh at other’s racist, sexist, or mean spirited jokes, we’re not only agreeing with the premise of the joke—we’re encouraging it. And you’re not a racist. You’re not a sexist. You’re not mean. So why are you laughing?

Because you are afraid that if you don’t laugh, things will get awkward, and you will lose the favoritism of the fabulous people around you. But you know what? If you continue to laugh, these jokes will continue to happen, and you will continue to squirm in your seat while you force yourself to fake giggle. And that’s not even addressing the fact that these “fabulous people” you are worried about losing as companions are not that cool. In fact they’re the trolls we talked about earlier. I mean they’re telling jokes that either directly make fun of you or someone you love. And we’re not down with that.

This also comes in handy with comments. I swear sometimes it feels like people just let things fly out of their mouth in order to see what the reaction is—and a lot of times, we give the WRONG ONE. Nodding our head or offering an “mmmhmm” or even side tracking it and continuing on could give the message that, hey, that thing you just said about girls being idiots in the work place? It’s totes k. We’re good with it. And we are going to continue talking just so you know it’s totes k!

Kidding on that last one. Don’t do that. Well, maybe. No, just kidding. Probably don’t do that.

But, the next time you’re in a social situation—watch what you are encouraging in conversation. Let people know how their jokes or comments come across. Set the boundary. You’re not a bitch, you’re badass. Blush says so.

We know there are plenty of other situations where setting boundaries could come in handy, so tell us about them. And also remember that we know you guys are working hard on this—and you don’t succumb to the friendly nod every time. We just want to encourage you to keep setting your boundaries, because you deserve to. #BoundariesIsNotBitchy #BlushSaysSo

Need to work on setting some boundaries of your own?
Great. Blush can help you find your voice.
Join us today, and we’ll get started!